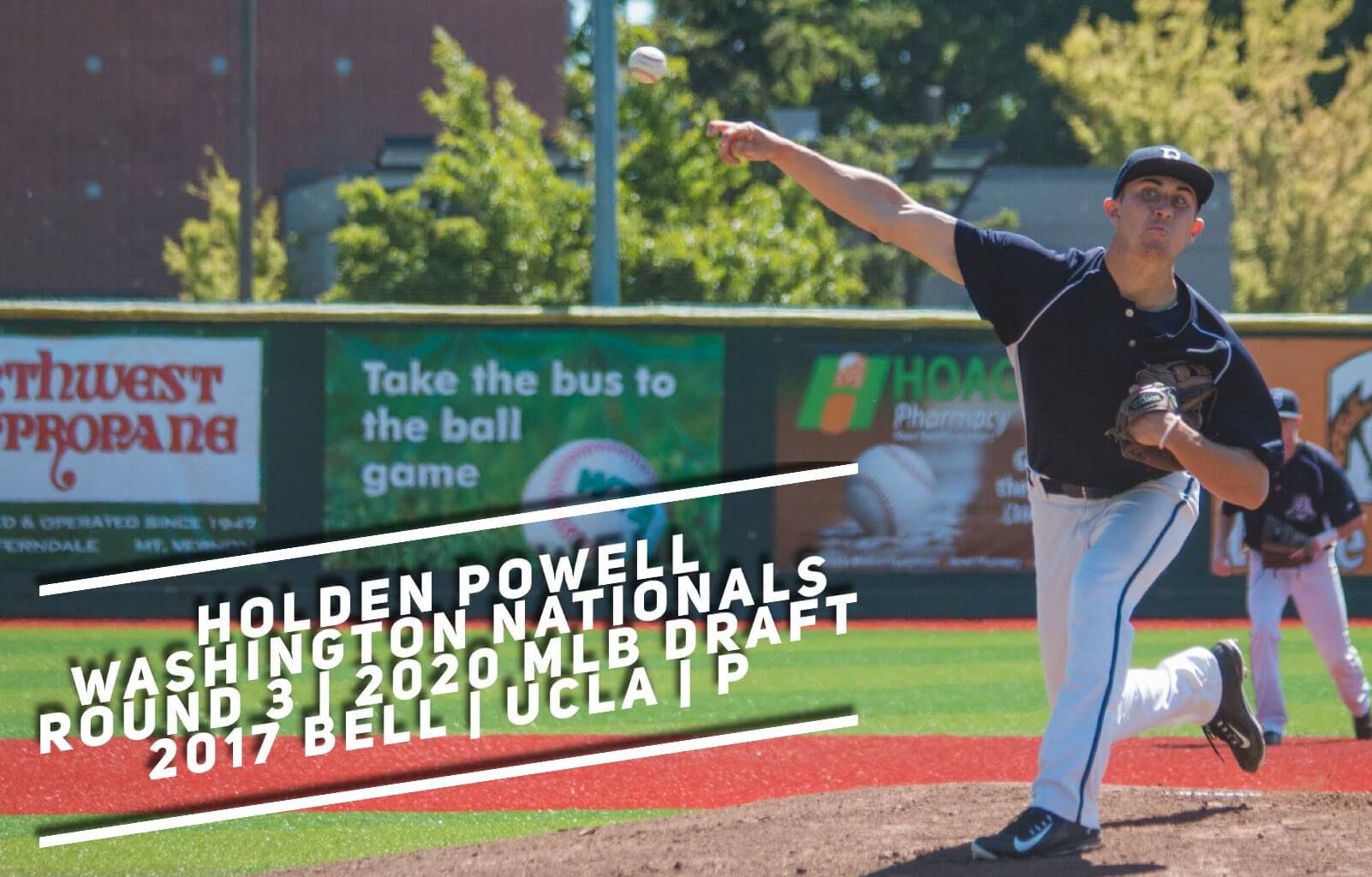 Five alums of West Coast League teams were taken in MLB’s 2020 amateur draft, conducted June 10 and 11. With the Milwaukee Brewers’ selection of Garrett Mitchell with the 20th overall pick, 2020 marks the fourth straight year with a WCL standout drafted in the first round.

Mitchell, a UCLA outfielder, played for the WCL’s Walla Walla Sweets in 2017. In his first game with the Sweets, Mitchell made a big splash with a double, a triple, and a home run in Walla Walla’s 7-0 win over the Gresham GreyWolves. A year ago, Mitchell became the 18th player in UCLA history to join Team USA. This spring, in UCLA’s pandemic-abbreviated season, Mitchell posted a sterling .355/.425/.484 batting line and struck out just three times in 15 games.

Mitchell’s UCLA teammate Holden Powell became the second WCL alum taken, as the Washington Nationals’ third-rounder with the 94th overall pick. Powell opened the 2017 WCL season in Bellingham’s starting rotation, starting his summer collegiate career with four straight wins and a 1.31 ERA. In 2019, Powell garnered 17 saves for UCLA and was named NCBWA Stopper of the Year as college baseball’s top reliever, also garnering unanimous All-American honors. This spring with UCLA, he appeared in 8 games without allowing a run, and struck out 20 batters in just 9 innings.

Like Powell, the University of Hawaii’s Jeremy Wu-Yelland has found college stardom as a relief pitcher. A left-hander, Wu-Yelland pitched for the WCL’s Wenatchee AppleSox in 2018, and struck out 29 batters in 19 innings, with a brilliant 1.44 ERA. This spring with Hawaii, the Spokane native gave up just one earned run in 13 innings, and the Boston Red Sox were impressed enough by his mid-90s fastball and solid secondary pitches to make him their fourth-round pick in this year’s draft.

The run on former WCL hurlers continued in the fifth round, when the Mariners selected Taylor Dollard out of Cal Poly San Luis Obispo. Dollard earned All-WCL First Team honors as a member of Yakima Valley’s pitching staff in 2017, going 6-0 with a 1.92 ERA for the Pippins. This spring with Cal Poly, Dollard shifted from the bullpen to the Mustangs’ rotation, racking up 36 strikeouts in 27 innings against top-flight competition.

With the draft being reduced from 40 rounds to only 5 in 2020,  a great many additional former WCLers also signed their first professional contracts as non-drafted free agents. Here’s the updated list of WCL NDFA signees: