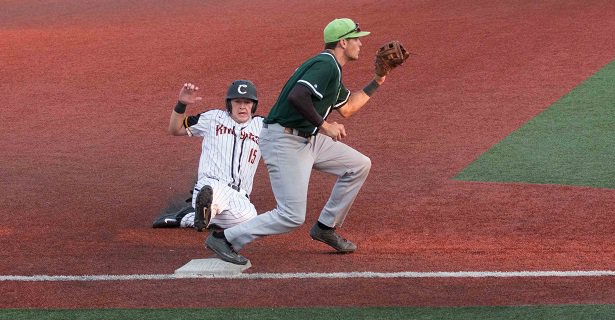 Today the West Coast League announced the adoption of a revised 2021 schedule that eliminates all regular-season international travel. The new schedule will consist of the league’s U.S.-based members playing each other, and the league’s Canada-based members doing the same. This revised structure leaves open the possibility of a full league playoff format.

“After the adversities we all faced last year,” West Coast League Commissioner Rob Neyer said, “we’re looking forward to a new season devoted to our communities and our student-athletes. At the same time, we’re grateful for the guidance and assistance of local, state, and provincial health officials while prioritizing the health and safety of our players, staffs, fans, and host families.”

The U.S. portion of the schedule will be released early next week, and consist of 48 official league games per team. The Canada portion will be released in the first half of April, with the WCL mainstay Victoria HarbourCats joined by three teams slated for their inaugural seasons: the Edmonton Riverhawks, Kamloops NorthPaws, and Nanaimo NightOwls.

The Kelowna Falcons announced Thursday their withdrawal from the 2021 schedule. “Although a tough decision,” Falcons general manager Mark Nonis said, “I feel that it’s the right one at this time, for both my players and my community. So now we’re turning our focus in Kelowna toward a great West Coast League season in 2022.”

With 15 teams spread across two U.S. states and two Canadian provinces—including our new teams in British Columbia and Alberta—the WCL’s growing geographic diversity remains one of our great strengths, as we continue providing tremendous opportunities for outstanding collegiate players to compete in the West’s premier collegiate summer baseball league.