‘A MOMENT I’VE ALWAYS DREAMED OF’

Those are the two buzz words prominently featured in first-year manager Mark Kotsay’s vernacular to describe the culture being cultivated inside the A’s clubhouse. A group of hard workers who embrace the underdog label that’s been placed on them.

Speaking of underdogs, there might not be a player who personifies this club’s “grinder” mentality better than Christian Lopes, who was among the trio of Minor Leaguers recalled from Triple-A Las Vegas this week as COVID-related substitutes.

Nearly a decade ago, Lopes caught the attention of several big league scouts as a standout at Edison High in Huntington Beach, Calif. Though he had a commitment to the University of Southern California, he chose to forego that opportunity when the Blue Jays selected him in the seventh round of the 2011 Draft.

Expectations were immediately high for the young infielder. But once he entered Toronto’s system, Lopes soon became a player lost in the shuffle. He reached as high as Triple-A in 2017, but that big league call never came, instead getting released by season’s end.

The next four years saw Lopes go through a carousel of organizations. He signed a Minor League deal with the Rangers in 2018, then another Minors contract with the Marlins for 2020. Unable to play during the pandemic-shortened season, Lopes signed with the D-backs in 2021 and spent the season with Arizona’s Triple-A affiliate before once again becoming a free agent.

So after 10 years in professional baseball without getting close to a Major League call, why keep going?

“The love of the game,” Lopes said. “That dream I’ve had since I was 10 years old. My parents instilled that in me. We don’t quit. We just keep going. We keep grinding. The belief that if you do everything you’re supposed to do and control everything you can control, good things can happen as long as you stick with it.”

Lopes certainly stuck with it, and the game finally rewarded that perseverance.

Receiving the call from Kotsay early Monday morning, Lopes quickly boarded a flight to Oakland and arrived at the Coliseum just in time for the A’s home opener against Baltimore. Donning the classic “Athletics” white uniform, he took the field and stood on the left-field line alongside his teammates.

Lopes tried to play it cool. But once Coliseum PA announcer Amelia Schimmel announced his name during the pregame player intros, the 29-year-old utility player cracked a smile and tipped his cap.

A lifelong dream was realized.

“It was special,” Lopes said. “Walking out there and smelling the grass and seeing the fans, all of that was a moment I’ve always dreamed of. I’d be lying if I said I wasn’t getting emotional during that time.”

He made his MLB debut on Wednesday, entering as a pinch-hitter in the sixth inning and finishing the game in right field, hitless in two at-bats.

Lopes, who signed a Minor League deal with Oakland in March, earned this callup with the impression he left on the club during Spring Training. He appeared in 15 Cactus League games for the A’s and hit .333 with a homer and six RBIs, then followed that up with a strong start at Triple-A, batting .289 with three doubles and five walks in 10 games. 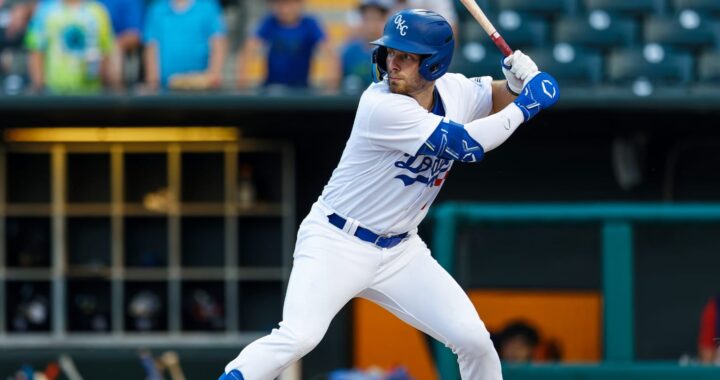 Busch breaks out with five-hit game 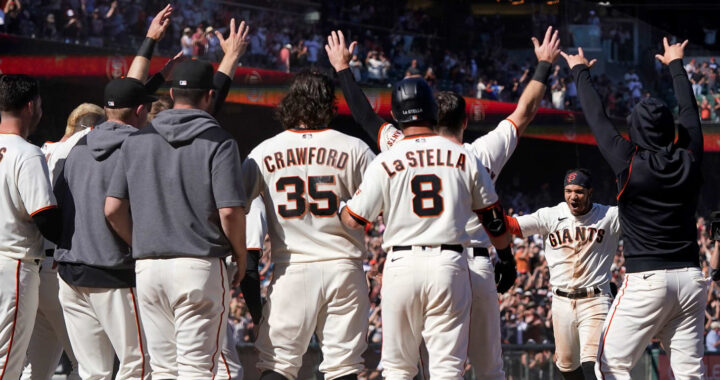 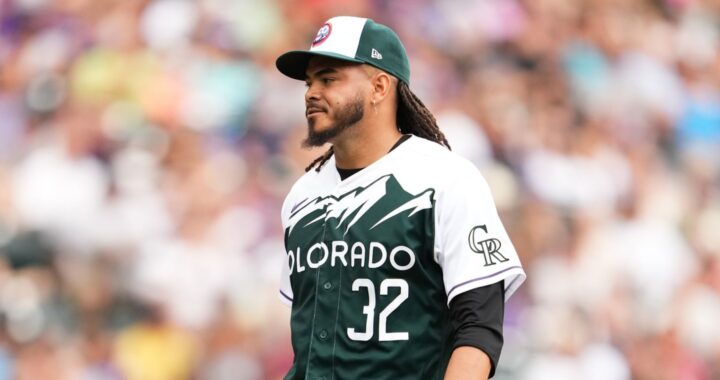