Hello and happy Opening Week! Welcome to the second edition of the Orioles Beat newsletter. A quick reminder: My name is Zachary Silver, and this is my first season back covering the Orioles for MLB.com. This newsletter will deliver Orioles news and insight straight to your inbox all season. Thanks for following along, and please don’t hesitate to speak up with any questions, suggestions or comments.

ST. PETERSBURG — These are the moments that make all the struggles worth it for Brandon Hyde. Grown men crying in his office, told news that changes their lives and sends them into a euphoric tizzy. Calls to parents and loved ones that send them to happy tears, too. Lifelong goals accomplished — and hopefully signaling just the beginning of much more.

Hyde got to share with eight players this past week that they were making their first Opening Day roster — eight players from varying backgrounds. Some are younger prospects, their pedigree finally paying off. Others have traversed international borders to scrap for their dreams. And some have been toiling away for years, fighting injuries, self-doubt and time itself without losing sight of the goal at hand.

“Those types of conversations are a lot of fun,” Hyde said on Friday. “And they can get emotional at times, too. You love seeing their reaction.

“That’s one of the joys of this job, is giving good news.”

Here’s what it meant to a few of the eight players Hyde and the Orioles tapped for their first Opening Day roster:

Claimed off waivers in November, Baker made one appearance for the Blue Jays in 2021, his lone big league outing before joining the Orioles. A stellar Spring Training won him a job in the bullpen. His father could finally ease up on the texts.

“I wouldn’t say surprised, but I was definitely overcome with some excitement just being my first one and everything. They called me in on Wednesday morning, and Hyder and Mike [Elias] broke the news to me. The first person I called would have been my dad, who was probably texting me about 100 times beforehand anyway, so I had to let him know. Let him rest for a second.

“We weren’t sure when we were going to find out the news, but yeah, he was either calling or texting me every day leading up to that. He was pretty pumped, and I’m pretty sure my mom was speechless for a little while.”

Hyde called Bemboom his happiest conversation of them all. Bemboom, signed to a Minor League deal this winter, has spent 11 years in professional ball — 567 games in the Minors — yet this was his first Opening Day roster. He was close the last two years but was kept on the taxi squad.

“[Hyde] called me into the office and said I made the roster. It was obviously emotional and exciting. It’s good to kind of have that affirmation that this was the right place for me and the right spot. It’s fantastic, being this is my 11th professional year and first Opening Day roster.

“The hardest part? Sometimes there’s uncertainty in the Minor Leagues, you don’t really know how it’s going to play out. The tough part is sticking through it. A lot of times, the injuries are a low point for a lot of guys. That’s tough to go through, not knowing if you’re going to be the same player when you come back or things like that. I think it strengthens you to get through that and get that adversity and become a stronger player in the end.

Perhaps the biggest surprise addition to the roster, Bautista is full of hope, with a fastball that can spot triple digits. Whenever all 6-foot-5 of him (a conservative estimate) appears, it will be his Major League debut — the only one of the lot for which that’s true.

“When Brandon had me come into his office, he basically asked me, ‘Hey, do you want to come with us to Tampa?’ And sure enough, he was like, ‘Welcome to the Baltimore Orioles.’

“The first person I called was my mother to tell her the news. But it was funny, because a lot of my friends had actually reached out already. Before I even knew I made the team, they already knew somehow.

“But my mom was really happy for me. She started crying tears of joy. She wished me the best, wishing blessings upon me to do really good now that I’m here.”

Baumann is the lone top-tier prospect to have made the roster. In some respects, it wasn’t a surprise given the type of player the club hopes he can be. Though he’ll begin the year out of the bullpen, it was an affirmation of his trials — and especially recovery from recent injuries.

“I called my mom and brother. My mom was happy, they were both in tears. It was a special moment.

“It’s almost even more special to come out here and make the roster, for me. It was a big goal I had going into the offseason, so it was definitely really rewarding.” 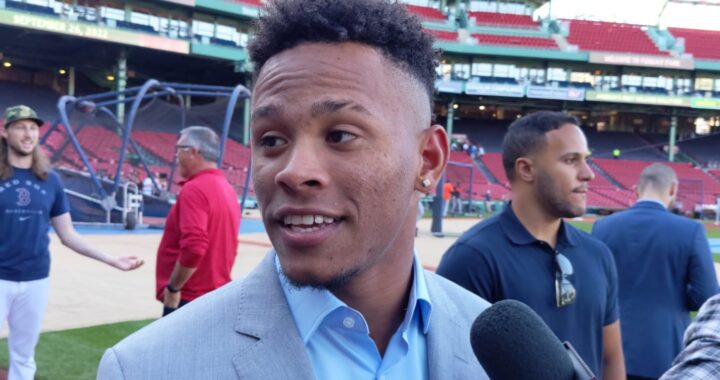 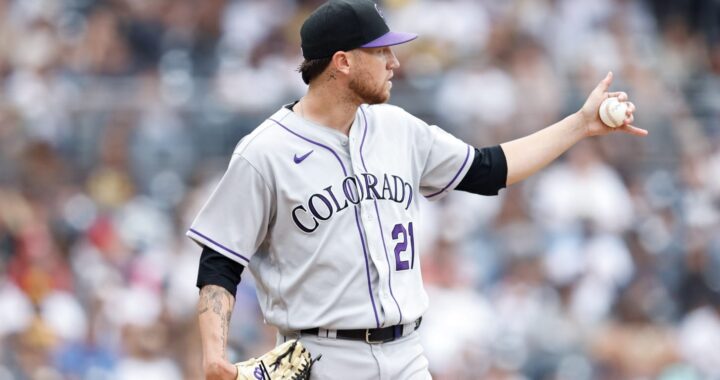