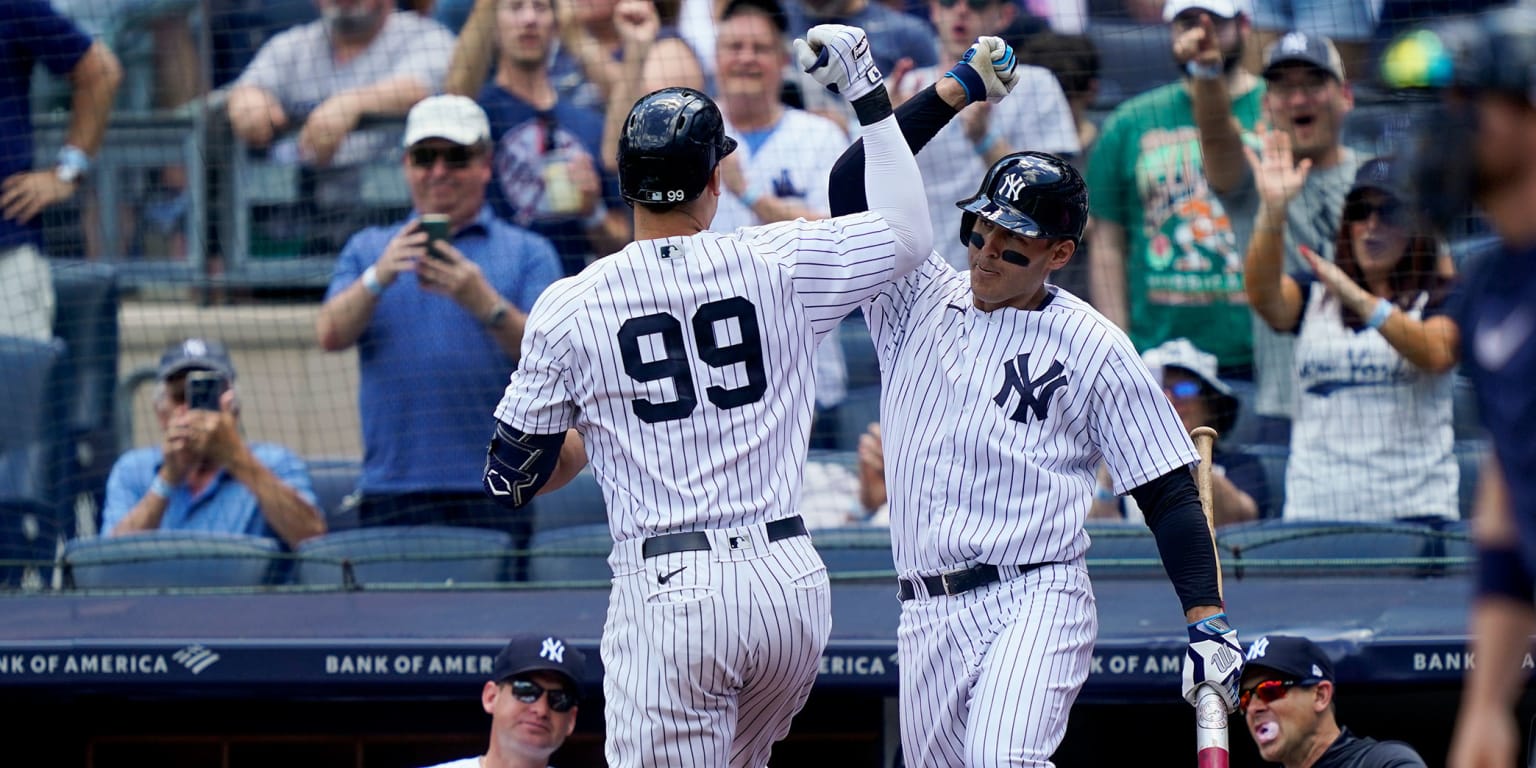 The Yankees are off to an incredible 40-15 start — their best 55-game start since 1998 — and it’s easy to point to the big, loud, reasons why. Aaron Judge, for example, is having an MVP-caliber season. Nestor Cortes might start the All-Star Game. Gerrit Cole is still Gerrit Cole. If Michael King isn’t the best reliever in the American League, that’s only because Clay Holmes is. None of that is wrong; those are the reasons why. Great team wins many games due to great players, news at 11.

But it’s a little more complicated than that, too, isn’t it? It’s not just about the stars. It’s about the little things, too, the under-the-hood improvements you might not have noticed, or least been able to put into context. There’s probably dozens of numbers to explain what’s happening; here’s nine of our favorites.

… which is what they had last year. We have to at least briefly start here to point out that this is not the story of a last-place team finding miraculous success; this is not the 2021 Giants blowing away all reasonable expectations. Last year’s Yankees were good, if frustrating at times. This year’s team was always expected to be good, too, projected as they were for 91 wins at FanGraphs.

Ninety-one is not 118 wins … which they’re on pace for (and will not actually get to), of course. But it’s a good reminder that there were plenty of reasons to be optimistic about the team in the first place.

2) Four-seam/sinker velocity: 95.1 mph, the highest in baseball … ever

Not that this is new; they were tied for No. 1 in 2021, and they were No. 2 from 2018-’20. They employ Aroldis Chapman, and Cole, and Holmes, and they know what plays at the Major League level. Of course they throw hard.

But this is something else. No team has ever thrown 95 mph or more, on average, in a full season, with several teams tied atop the list at 94.7 mph. No team, that is, until the 2022 Yankees — a note that is even more impressive when you realize that two of their regular starters, Cortes and Jordan Montgomery, really don’t throw very hard at all.

(Let’s caveat “ever” here, which is that reliable pitch-tracking data goes back only to 2008. We cannot prove, with evidence, that no club before then threw harder. But since fastball velo has increased pretty much every year on record, and the quality of both athletes and training is clearly better than ever, we’re comfortable saying “ever.” Because it is.)

Just to really drive this one home, here is the full list of teams ever averaging 95+ on their four-seamers and sinkers:

That’s it. That’s the list. Compare that to 2008, the first year of tracking, when no team even averaged 93. More than one team didn’t average 90 mph.

It’s not the only reason they have allowed the fewest runs in the Majors, as you’ll see. But it’s a wonderful place to start.

As expected, because last year’s infield was such an issue that they couldn’t even wait until the end of the season to resolve it, shuffling Gleyber Torres from shortstop to second base in September and forcing Gio Urshela into a somewhat awkward fit at short for the rest of the season. It should be noted that despite Urshela’s sparkling defensive reputations, the metrics have never looked upon him so kindly, and a team that clearly wanted to improve its infield defense was perfectly fine to move on from him when he was sent to Minnesota (with Gary Sánchez) in the deal that returned a brand-new left side of the infield.

While Yankees fans — correctly, and more than a little defensibly — were unhappy that the team chose not to go big for any of the top free-agent shortstops, the end result here is at least that left side has had that big improvement the team hoped for. Break it down using Outs Above Average, the Statcast defensive metric.

It’s a tremendous improvement. At shortstop, Isiah Kiner-Falefa overcame a rough introduction to prove himself to be a pretty competent shortstop; while his -1 OAA may not sound that impressive, it’s a whole lot better than the -14 Yankees shortstops posted last year — the fourth-worst in MLB.

At third, the trio of DJ LeMahieu (+3 OAA there), Josh Donaldson (+2 OAA) and Marwin Gonzalez (+2 OAA) have all rated better than Urshela did last year.

(Interestingly enough, the right side has been just-OK. Anthony Rizzo’s once-stellar glove has been below-average, and while Torres is a better second baseman than a shortstop, he’s not exactly a defensive star there either.)

All told: Last year’s infield turned the 22nd-most grounders into outs. This year’s has the third-best rate. It’s a massive improvement, one they clearly worked to get to.

This, too, was no accident, although the manner in which it’s come together wasn’t exactly the original plan. When they traded Sánchez and Urshela to the Twins, it was in part because Sánchez’s bat was no longer carrying his below-average receiving, and it was time for a change for both sides. That left incumbent Kyle Higashioka and newcomer Ben Rortvedt, acquired in the Twins trade, as the likely duo. But Rortvedt injured himself just before the season began, forcing them to make a last-minute trade for Jose Trevino.

This may not sound like a huge gap, though remember we’re comparing a partial season to a full one. What’s perhaps more notable here is what’s happening on the bottom of the strike zone, where last year they turned 48% of takes into strikes (22nd best), and this year, it’s 56% — 8th-best.

This has, almost entirely, been due to Trevino, because Higashioka is having the worst framing year of his career. Trevino, the unexpected addition, has been arguably the best framer in the game.

There’s a secondary benefit to this, too, which is …

“The more we can encourage these guys into the strike zone, the better,’’ catching coach Tanner Swanson told the New York Post in May. “We want to be in position to guide pitchers into the zone more to increase their strike rate.”

It’s not that the Yankees pitchers had a terribly high walk rate last year — 8.2% was tied for seventh-best — but among the many things they’re doing well this year, this is quietly underrated one, the lowest walk rate by a team since 2015.

But, interesting, it’s not for the reason you’d think, and it’s not for the reason Swanson stated. The Yankees are not throwing more pitches in the zone. They’re getting a little more chase, but not a ton more. It’s a little that last year’s wilder pitchers (Albert Abreu, Luis Cessa, Corey Kluber) are no longer around, but it’s mostly little improvements, that several returning pitchers are just walking slightly fewer hitters.

On a very related note, the Yankees simply aren’t letting runners on base. Their .271 team OBP is tied with the 2020 Dodgers for the lowest of the past seven seasons.

Not issuing walks is nice. So is getting strikeouts, which they do quite well (second most in the Majors), as they do most years. But none of that stands out as well as “no AL team since 1972 has allowed a lesser slugging percentage than the .327 the Yankees have.

We’ll admit, again, that it’s not even the All-Star break, and slugging tends to heat up as the temperature does. But there’s fewer better paths towards success than “don’t allow loud contact,” and the Yankees are absolutely doing that. How, though?

It’s a little about preventing hard-hit balls, though they’re not even the best of the season, much less other years (36.1% hard-hit rate is third best). It’s a little about getting grounders, where their 46% rate is fifth best. But it’s mostly about this:

When they do allow hard contact, it’s at angles that can’t hurt them. When they allow a hard-hit ball, 44% of the time, it’s a grounder or a popup. That’s the best rate of any team in the past six seasons.

You remember the other problem last year, right? The Yankees were absolutely brutal on the bases. By FanGraphs’ inclusive metric, they were the second-weakest team in the bigs, ahead of only the Nationals. They were thrown out at the plate the most times in the Majors (tied with the Royals), but perhaps more damning is that when they had runners on base, just 28% of them ended up scoring — tied for the weakest in the Majors.

This year, the Yankees are without four of the five players who offered any positive baserunning value last year (Brett Gardner, Tyler Wade, Rougned Odor, and Greg Allen are gone, though Joey Gallo remains) — but they’re 15th. That’s in part because they lost most of their negative-value runners (Sánchez, Urshela, Luke Voit and Clint Frazier). It’s in part because Giancarlo Stanton, last year’s most damaging runner, hasn’t hurt things quite as much this year.

It’s in part, too, because they’ve made it that way.

“It’s been a stronger point of emphasis from Day 1 of Spring Training,” manager Aaron Boone said to the Post.

They’ve had just four runners thrown out at home. They’ve taken the third-most bases (60) on things like fly balls and passed balls. They’re still not a particularly good baserunning team. But they’re not the worst anymore, either. That all adds up.

Complain about the short right-field porch all you like, but it’s there. It’s part of the ballpark, it’s available for both teams and a good Yankees team ought to be taking advantage of that. This year’s team is.

Interestingly, though, the 2022 Yankees don’t have more lefty batters, despite last year’s team being so righty-heavy they had to go find Gallo and Rizzo in-season. This year’s Bombers have 28% of their plate appearances coming from lefties … just like last year … and the year before.

But this year’s lefty Yankees — mostly Rizzo and Gallo, though also newcomer Matt Carpenter and part of switch-hitting Aaron Hicks’s time at the plate — are doing something different.

Look at their lefties. Look at what percentage of batted balls they’re pulling, in the air. Look at the increase.

That rate in 2022? It’s the most in baseball. And if you’re wondering whether they’re doing this more at home, you better believe it — they’re pulling it in the air 29% of the time at home, and 23% of the time on the road. As they should.

Hey, we’re not naive here. This is a team that employs Judge, and Stanton, and a resurgent Gleyber Torres, they’ve hit a Major League-best 83 homers, a full 10 more than the second-place Astros. We can, did and should focus on the little things. We should also focus on the big, loud things that help win lots of baseball games.

To that end: Statcast tracking goes back to 2015, and the 2022 Yankees are tied with this year’s Blue Jays for the best team hard-hit rate on record. Judge (62.3% hard-hit rate) and Stanton (57.7%) have two of the five best single-season rates so far this year. 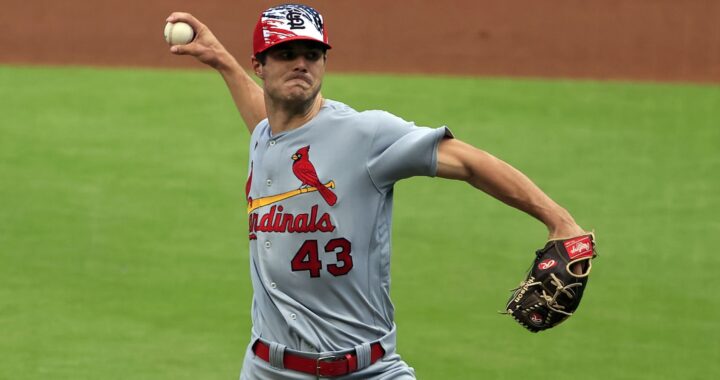 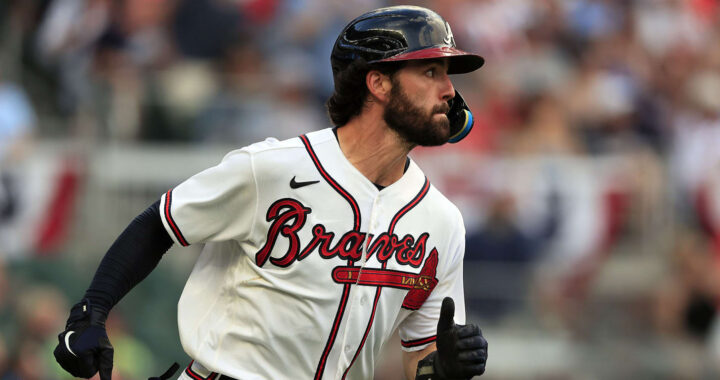 Where Swanson, Wright and Braves stand 81 games in 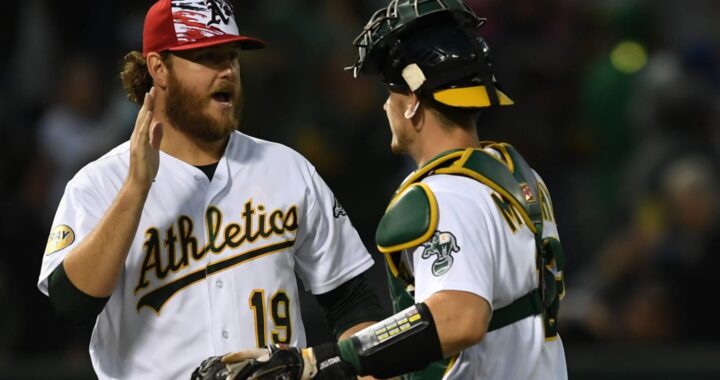